In the Introduction to the Bible page you saw the roots in God's creation and why we are creators.

This Introduction to ARts takes pictorial art as the main example, but the approach embraces all art, design and coding to some extent.

Any student of ancient Greek (koinè, pronounced kini in modern Greek) is presented with tables of declensions according to gender, case, position in the sentence, etc. Many tables.

They should help decipher the role of each word in the sentence and even for some words, to understand the meaning by recognizing a preposition for example.  The memories of these tables are frightening and make the students feel uncomfortable because there are so many of them.

It is such a pity because Greek is first of all a language that allows to express nuances and depths and that is why it was used by many more peoples than the Greeks.

Greek contains concepts that are familiar to us in our language but with greater depth. We discover the why. A simple example from a bilingual English-French church when we had to translate the whole meaning of "behold" into French:
In the New Testament, written in Greek, ἰδοὺ (G2400 in the Strong's concordance) was translated "behold" into English and "voici" into French. Behold is more intense than voici, it contains both the perception SEE and the mental state through our vision: OBSERVE. The "behold" indicates mostly a subject to look at, like a finger pointing at a concept but without a mental state to apply to it.

However, when we look in an interlinear Bible, ἰδοὺ in all the dozens of verses, it is the verb "to see" that is conjugated in the aorist, imperative, active voice, second person singular: V-AMA-2S (to see the help).

Not only a word to indicate a concept, but a conjugated verb that says in the imperative: Look! In fact, we understand that the somewhat dull and flat "voici" was the result of the evolution of "Vois ceci ! See this!". The reader is challenged by Jesus in the text written two thousand years ago, "Look, observe, see this!", Behold!

Let's go deeper, koinè is also a language that creates graphics, programming elements. Let's take the simplest of cases: The genitive. In our modern languages, it expresses belonging, dependence, example: "the boy's wisdom". In Greek, the genitive is visible at the end of each word, here "of the boy": τοῦ νεανιου. the ου, capitalized ΟΥ is the mark of the genitive.

It will be noticed that with Greek, if a two thousand year old parchment, a manuscript of the Bible, has a hole at the end of the word one always understands the role of the word in the sentence because one finds the end on another word. It is clearly a language that has allowed fewer errors than others in relation to the conservation of writings.

What is the link with code? In programming, we often need objects, trees defining the attributes of subjects. In JSON, the small example would be:

Like in a video game where we define the level of wisdom of the character "boy": boy.wisdom = 100

And in art? Greek is very plastic and descriptive of the movement of ideas, a cinematic language.

You can move words around since the place of each is given by suffixes (hence the famous tables). So the sentence :

This sentence in Greek is quite valid. This type of sentence is even is widely used since it is a bridge construction: the middles refer to the sides: the boy (νεανιου) towards the bookseller (βιβλιοπώλης), the wisdom (σωφροσύνην) towards the praise (ἐπαινεῖ) of the bookseller, which also creates a loop.

One discovers that one has the same freedom of composition as in a pictorial work or a film scene, one can shift subjects, mirror concepts and actions. 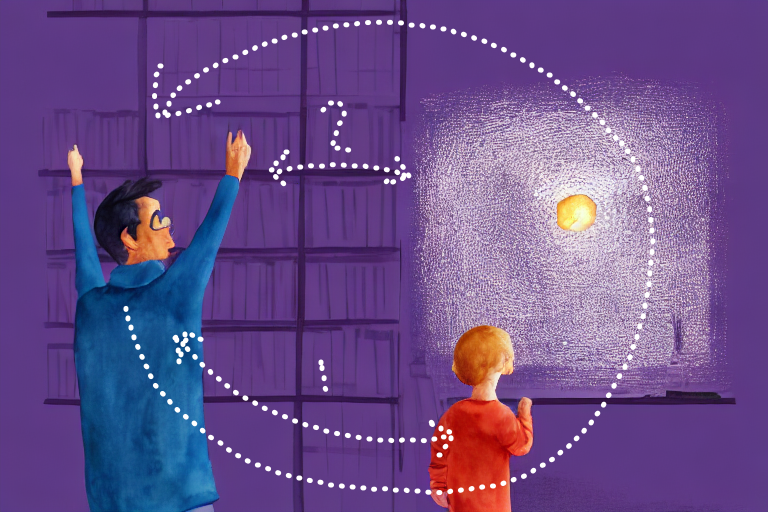 There are only 300 widely used words in the New Testament. The koinè was used by fishermen (Peter, James). Even without the tables to learn, we can all begin to discover some words, phrases that allow us to finally read the Bible as it was written and to nourish its art with its message and the plasticity of its language of writing.

As a graphic artist or designer, you have probably learned the visual grammar. If not, here are some basics and examples:

In music, in a similar way, we find the elements: melody, rhythm and harmony.

It is impossible to go round in a few hours the possibilities that this offers to artists, but what we must remember is that an artist, beyond someone who has dexterity, talent and/or sensitivity, is someone who can justify his work by using his grammar to inscribe his work into the history of art of his time and in general. Let's take a closer look.

Through this quick description of art, I also talk about coders. From a neophyte's point of view, one could compare the coder to a science fiction writer or a film writer. It's both technical (rules of language, arcs, characters, situations, etc), it engages its audience (story telling, UX for the coder), and it conveys a feeling to the reader-user (see user reviews on a mobile app for example).

When you know a programming language, you can see through the code that some coders really have a talent in their way to solve a problem, to optimize resources, and to make their work readable. We discover their vision through their work and their technique to realize it.

On the legal aspect, coding is a reflexive process that results in an intellectual work that belongs to its author. And on the technical aspect, there are several ways to approach coding (MVC, OOP, MVVM, ...), specific tools (libraries) to solve situations already encountered by other coders (parser, hash, routing), different coding languages.

These dimensions in the code combine and crystallize around communities of coders, where each one defends its philosophy against other communities, just as new artistic movements collide, confront each other and are nourished by exchanges of ideas.

So there is a link between art, design and code. There is also a link with language, the creative tool of writers, poets, and for all of us the expression of our thoughts. Let's take a closer look at an ancient language that shows us this link.

A professional artist must learn not only to master his (or her) technique, but also to know how to use the grammar of his art and his knowledge of other artists to defend his choices, to justify and position his approach in relation to artistic trends.

At the beginning, the artist, the designer, the coder creates by mimicry of what he finds beautiful and interesting, he develops his technique and if he has talent, his sensitivity is sharpened. If he wants to make a living out of it, he will sooner or later be confronted with the world of his art, with other professional artists, and it is necessary to be able to put into words, to explain and compare his works with others, his technique with others, and to position himself in front of other artists. This process allows you to get to know yourself, to focus on what you do well, what makes you different, to become a recognized stakeholder of all the artists in your field.

It seems to me that with a lot of determination and time, you can learn all this by yourself. However, some university courses can really help to discover the grammar, the history of one's art, other artists, other techniques, to make professional connections, to have feedback on one's production, to retain only the best of one's ideas in order to advance in a rich creative process. And this, whatever the age of the student.

The History of Art

Here is a quick overview of the artistic movements in history (identifythisart):

I invite you to discover Google Arts & Culture which lists and classifies works by artistic movement. 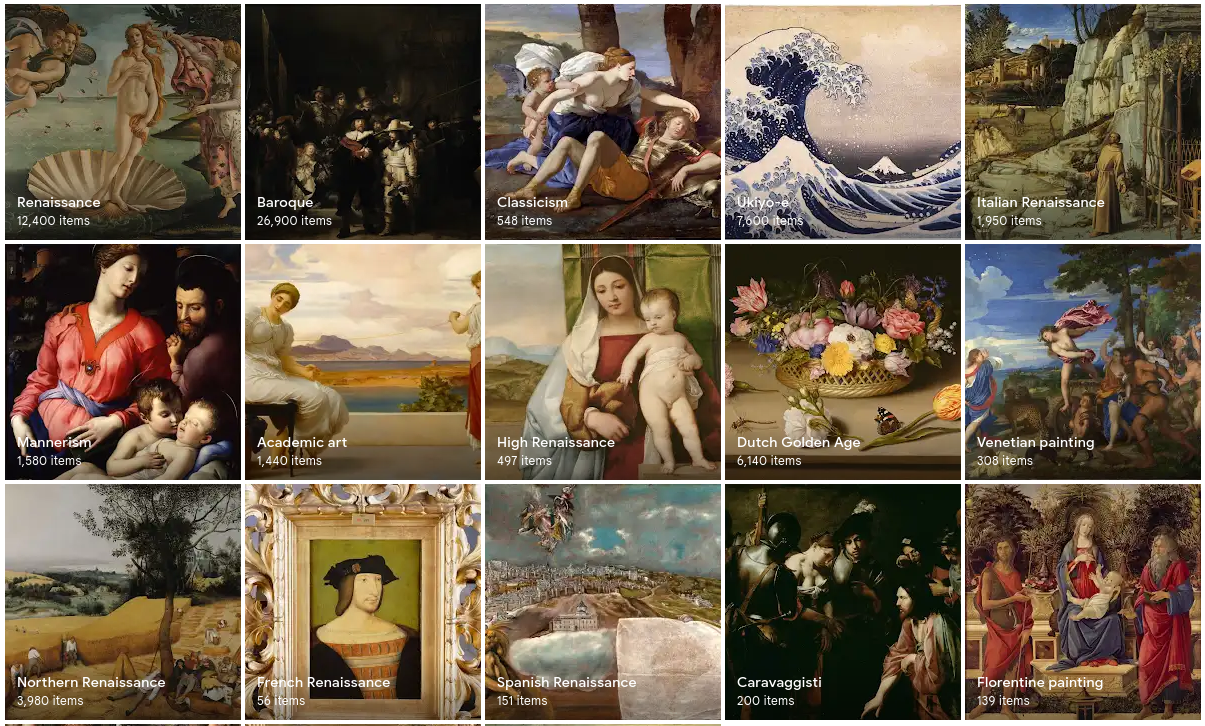