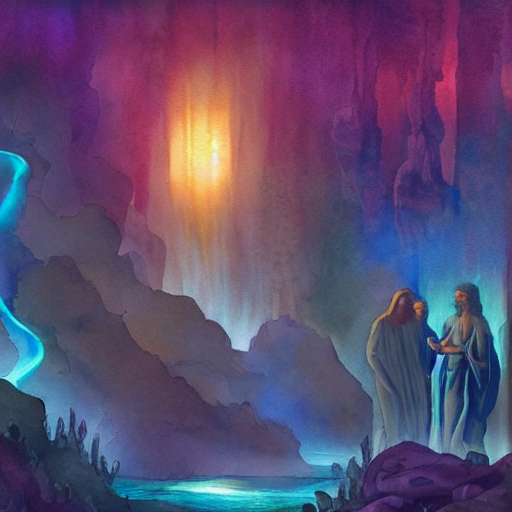 "And God saw everything that he had made, and behold, it was very good. And there was evening and there was morning, the sixth day."
Genesis 1:31

This verse, at the end of creating the universe, shows how God perceives the achievement of His piece of art called "The human": It was very good!

There are multiple verses speaking about art and design, it is everywhere in the Bible, from Genesis to Revelation, because God is THE Creator above all and He is still making art today: He has a plan for you:

Yet you, Lord, are our Father.
We are the clay, you are the potter;
we are all the work of your hand.
Isaiah 64:8

How beautiful your sandaled feet, O prince’s daughter! Your graceful legs are like jewels, the work of an artist’s hands.
Song of Songs 7:1 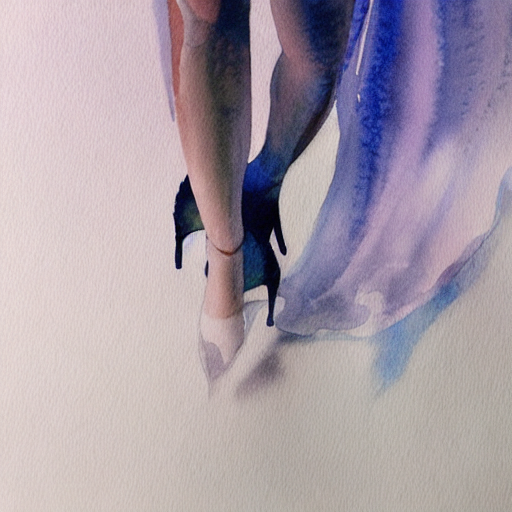 We sometime nowadays distinguish craftsmen, artisans from artists and designers. This is not the case in the Bible. Because art is seen as useful creations. in fact, no creation was seen as useless. Art like music (see Levites below), was needed, useful, a piece of art AND design.

There are various verses in the Scriptures about artists and designers. In the Old Testament, hey were mostly called "skilled workers", their activities were clearly artistic, and God is working through them, giving them wisdom and ability to make everything:

Tell all the skilled workers to whom I have given wisdom in such matters that they are to make garments for Aaron, for his consecration, so he may serve me as priest.
Exodus 28:3

In Exodus, we can see it's talking about art and skilled workers:

to make artistic designs for work in gold, silver and bronze,
Exodus 31:4

Moreover, I have appointed Oholiab son of Ahisamak, of the tribe of Dan, to help him. Also I have given ability to all the skilled workers to make everything I have commanded you:
Exodus 31:6

He has filled them with skill to do all kinds of work as engravers, designers, embroiderers in blue, purple and scarlet yarn and fine linen, and weavers—all of them skilled workers and designers.
Exodus 35:35

Artists and designers were called Experts

All those who were skilled among the workers made the tabernacle with ten curtains of finely twisted linen and blue, purple and scarlet yarn, with cherubim woven into them by expert hands.
Exodus 36:8

They were treated like officers and the army, more valuable than land owners:

He carried all Jerusalem into exile: all the officers and fighting men, and all the skilled workers and artisans—a total of ten thousand. Only the poorest people of the land were left.
2 Kings 24:14

The king of Babylon also deported to Babylon the entire force of seven thousand fighting men, strong and fit for war, and a thousand skilled workers and artisans.

Because of their skills some names were changed:

Some were talented in every kind of work:

You have many workers: stonecutters, masons and carpenters, as well as those skilled in every kind of work
1 Chronicles 22:15 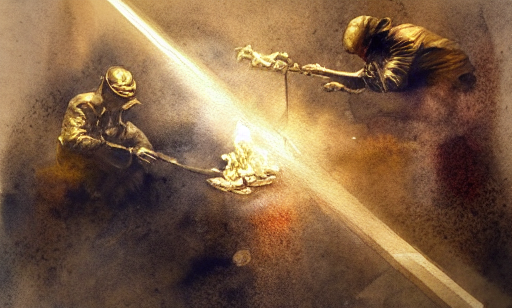 “Send me, therefore, a man skilled to work in gold and silver, bronze and iron, and in purple, crimson and blue yarn, and experienced in the art of engraving, to work in Judah and Jerusalem with my skilled workers, whom my father David provided.
2 Chronicles 2:7

whose mother was from Dan and whose father was from Tyre. He is trained to work in gold and silver, bronze and iron, stone and wood, and with purple and blue and crimson yarn and fine linen. He is experienced in all kinds of engraving and can execute any design given to him. He will work with your skilled workers and with those of my lord, David your father.
2 Chronicles 2:14

The prophet Jeremiah remembers them:

Hammered silver is brought from Tarshish and gold from Uphaz. What the craftsman and goldsmith have made is then dressed in blue and purple— all made by skilled workers.
Jeremiah 10:9

After Jehoiachin son of Jehoiakim king of Judah and the officials, the skilled workers and the artisans of Judah were carried into exile from Jerusalem to Babylon by Nebuchadnezzar king of Babylon, the Lord showed me two baskets of figs placed in front of the temple of the Lord.
Jeremiah 24:1

(This was after King Jehoiachin and the queen mother, the court officials and the leaders of Judah and Jerusalem, the skilled workers and the artisans had gone into exile from Jerusalem.)
Jeremiah 29:2

Levites, the priests, are also into arts:

The workers labored faithfully. Over them to direct them were Jahath and Obadiah, Levites descended from Merari, and Zechariah and Meshullam, descended from Kohath. The Levites—all who were skilled in playing musical instruments—
2 Chronicles 34:12 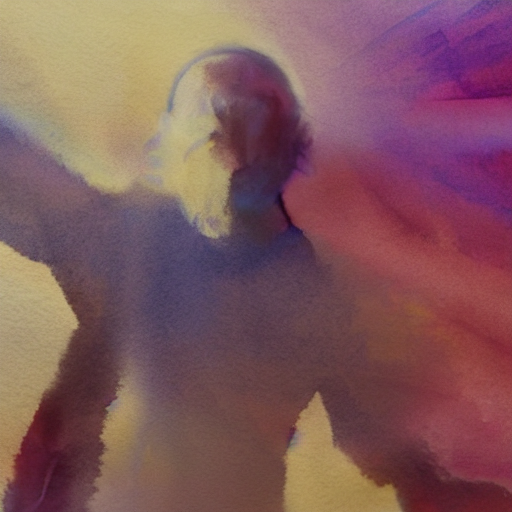 One man, Huram,  has his story narrated in the Bible because of his skills:

King Solomon sent to Tyre and brought Huram,whose mother was a widow from the tribe of Naphtali and whose father was from Tyre and a skilled craftsman in bronze. Huram was filled with wisdom, with understanding and with knowledge to do all kinds of bronze work. He came to King Solomon and did all the work assigned to him.

He made the Sea of cast metal, circular in shape, measuring ten cubits from rim to rim and five cubits high. It took a line of thirty cubits to measure around it. Below the rim, gourds encircled it—ten to a cubit. The gourds were cast in two rows in one piece with the Sea.

The Sea stood on twelve bulls, three facing north, three facing west, three facing south and three facing east. The Sea rested on top of them, and their hindquarters were toward the center. It was a handbreadth in thickness, and its rim was like the rim of a cup, like a lily blossom. It held two thousand baths.

He also made ten movable stands of bronze; each was four cubits long, four wide and three high. This is how the stands were made: They had side panels attached to uprights. On the panels between the uprights were lions, bulls and cherubim—and on the uprights as well. Above and below the lions and bulls were wreaths of hammered work. Each stand had four bronze wheels with bronze axles, and each had a basin resting on four supports, cast with wreaths on each side. On the inside of the stand there was an opening that had a circular frame one cubit deep. This opening was round, and with its basework it measured a cubit and a half. Around its opening there was engraving. The panels of the stands were square, not round. The four wheels were under the panels, and the axles of the wheels were attached to the stand. The diameter of each wheel was a cubit and a half. The wheels were made like chariot wheels; the axles, rims, spokes and hubs were all of cast metal.

Each stand had four handles, one on each corner, projecting from the stand. At the top of the stand there was a circular band half a cubit deep. The supports and panels were attached to the top of the stand. He engraved cherubim, lions and palm trees on the surfaces of the supports and on the panels, in every available space, with wreaths all around. This is the way he made the ten stands. They were all cast in the same molds and were identical in size and shape.

So Huram finished all the work he had undertaken for King Solomon in the temple of the Lord:

the two bowl-shaped capitals on top of the pillars;

the two sets of network decorating the two bowl-shaped capitals on top of the pillars;

the ten stands with their ten basins;

the Sea and the twelve bulls under it;

the pots, shovels and sprinkling bowls.

All these objects that Huram made for King Solomon for the temple of the Lord were of burnished bronze.
2 Kings 7:14-45 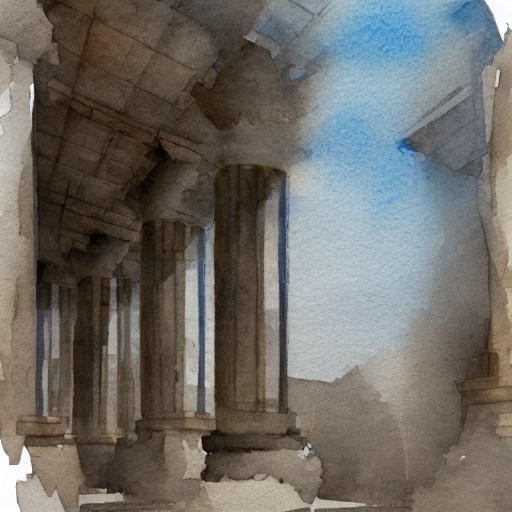 All creation (heaven and earth) proclaims the art of God:

The heavens declare the glory of God; the skies proclaim the work of his hands.
Ps 19:1

We could think this is only given to some, but we're actually all called to worship, all called to be skillful. Whatever we think about our talents, He provides and develops skills:

Sing to him a new song; play skillfully, and shout for joy.
Psalm 33:3

He put a new song in my mouth, a hymn of praise to our God. Many will see and fear the Lord and put their trust in him.
Psalm 40:3

In the end of times, inspired by the Holy Spirit, we develop the last skill of making together the melody, rhythm and harmony of a new song, here are the lyrics:

And they sang a new song, saying:
“You are worthy to take the scroll
and to open its seals,
because you were slain,
and with your blood you purchased for God
persons from every tribe and language and people and nation.
Revelation 5:9 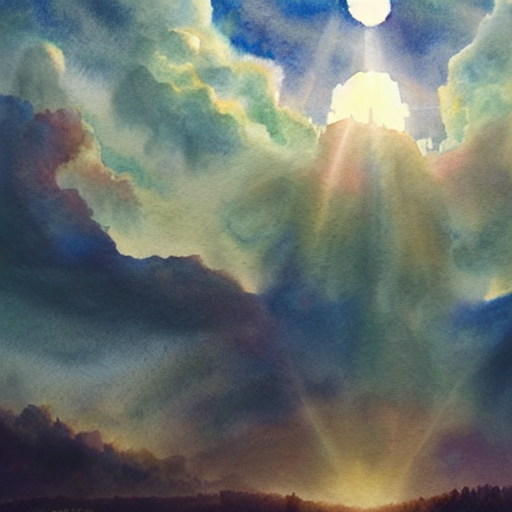 The greatest Creator made Adam according to His image, that's why we're called to be artists, designers, creators, forever worshiping Him.

Let's make and develop something today for Him.